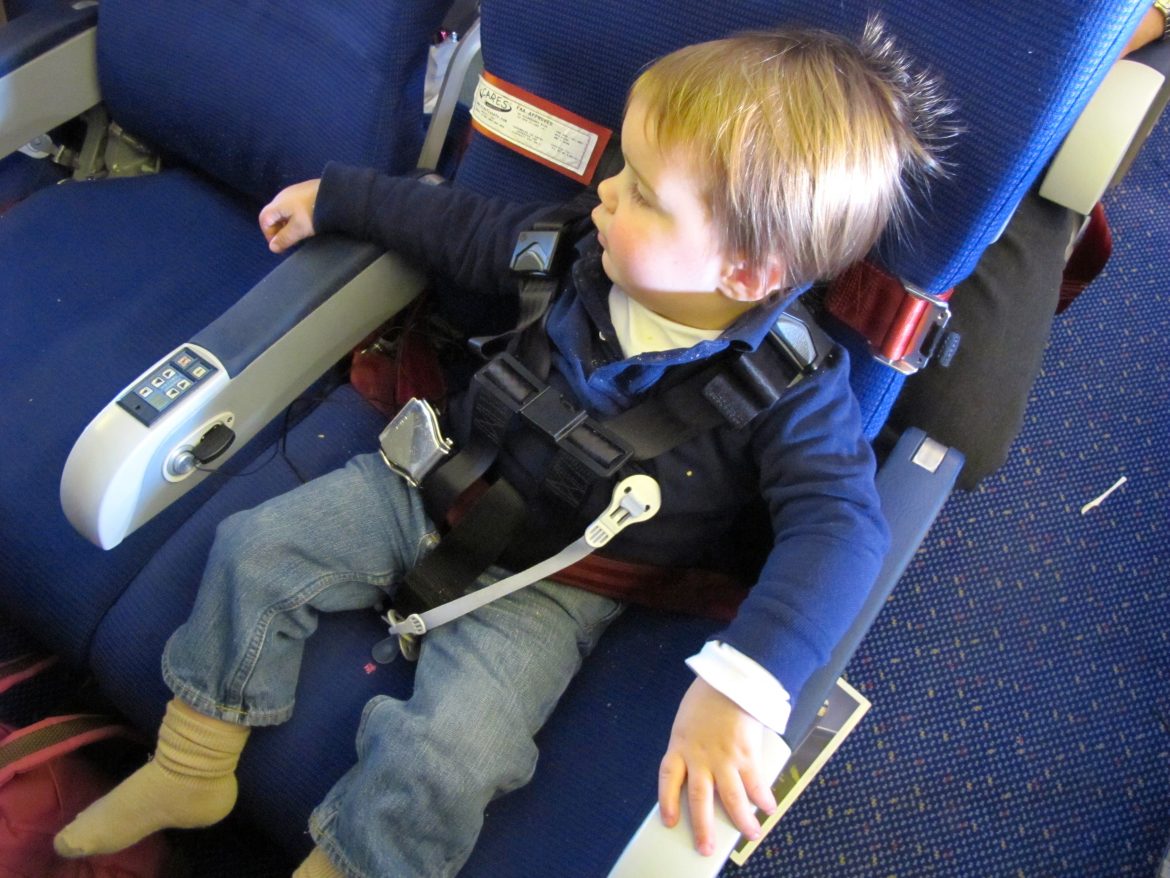 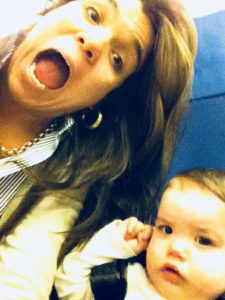 I remember the first flight I ever took with a child. It was a short flight to Paris with my first born. She was only 5 weeks old. I sat in business class with her and was kind of nervous, what if she would start crying or screaming? But she behaved so well, not a cry, not a scream, nothing. I was so proud of her... thought she was a born traveller. Even the crew thought so.

Then 3 weeks later I flew with her from Nice back home. I was sitting on the first row and almost everyone who entered the plane made comments on her. Awww, what a cute little baby. She smiled a lot. She had just started smiling while we were vacationing in the South of France. And she was the cutest baby ever (of course). And then we took off... she started screaming and crying and didn't stop until we landed again, fortunately only 1,5 hour later.

So I then decided to see what I could do about this, if it ever happened again in the future. And better yet, how to prevent such an embarrassing thing from happening ever again. And I know, we've all been babies, and most of us had some, and it's nothing to be ashamed of when your baby starts crying in an airplane... but still, you feel so burdened. So this is what I found out and what helped me. It makes the flight time feel like a breeze in general:

1. Breastfeed, give a bottle or a pacificier to suck on when the plane is ready to take-off

I always used to have some mineral water and baby formula ready. I asked the flight attendant when boarding to heat up the water a little bit and if the water was the right temperature put the formula in and mix it. Worked (almost) every time!

2. Put them in a CARES harness 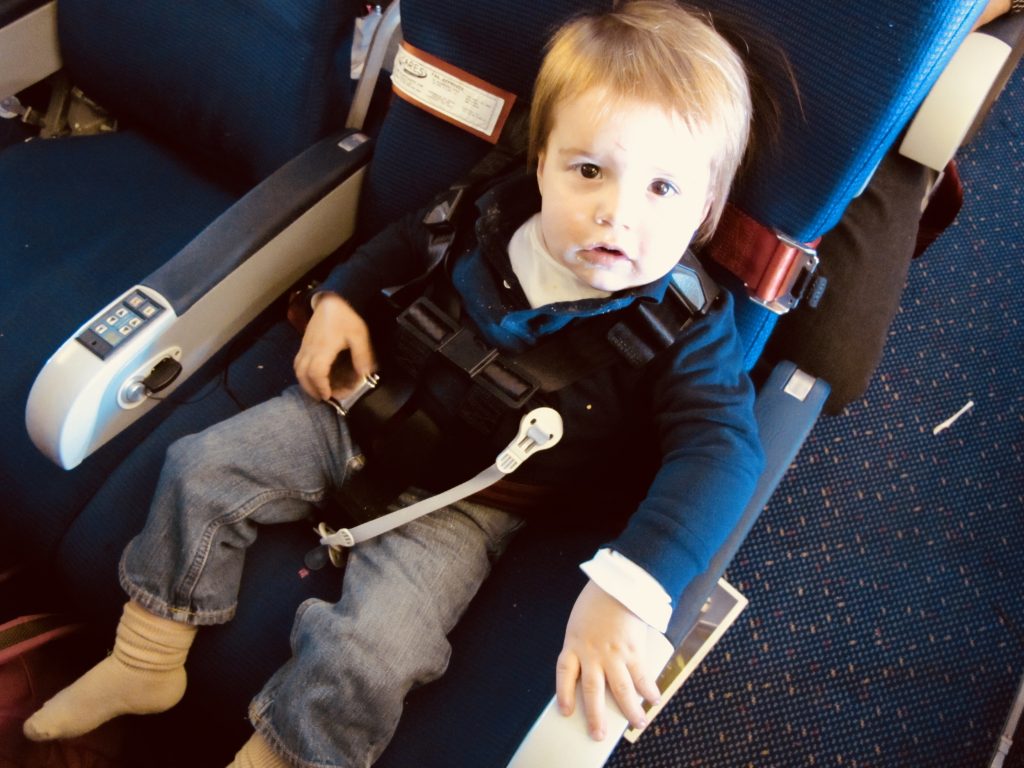 Safe in the Amsafe Cares

Have you ever been in the situation that you had to go to the bathroom on the plane but didn't know what to do with your toddler? Well, I have. I have travelled alone with the kids ever since they were young many times. At first I took them with me to the loo and put them in the washing bassin, so I could keep an eye on her/him... but of course it isn't the most practical thing to do. So then I discovered the Cares Harness, it's a seatbelt developed to keep young children between 10-20kg in their seat while flying. It's actually for safety, but it also helps when you have to go to the restroom. Moreover, it gives the child a secure feeling of being attached to the airplane seat, I guess it feels for them like being in a car seat, something they are used to, so it's a win-win situation.

The harness is approved by FAA. So you are allowed to put your child in during taxi, take-off and landing, and not only during the flight. The Amsafe Cares harness can be bought on Amazon. 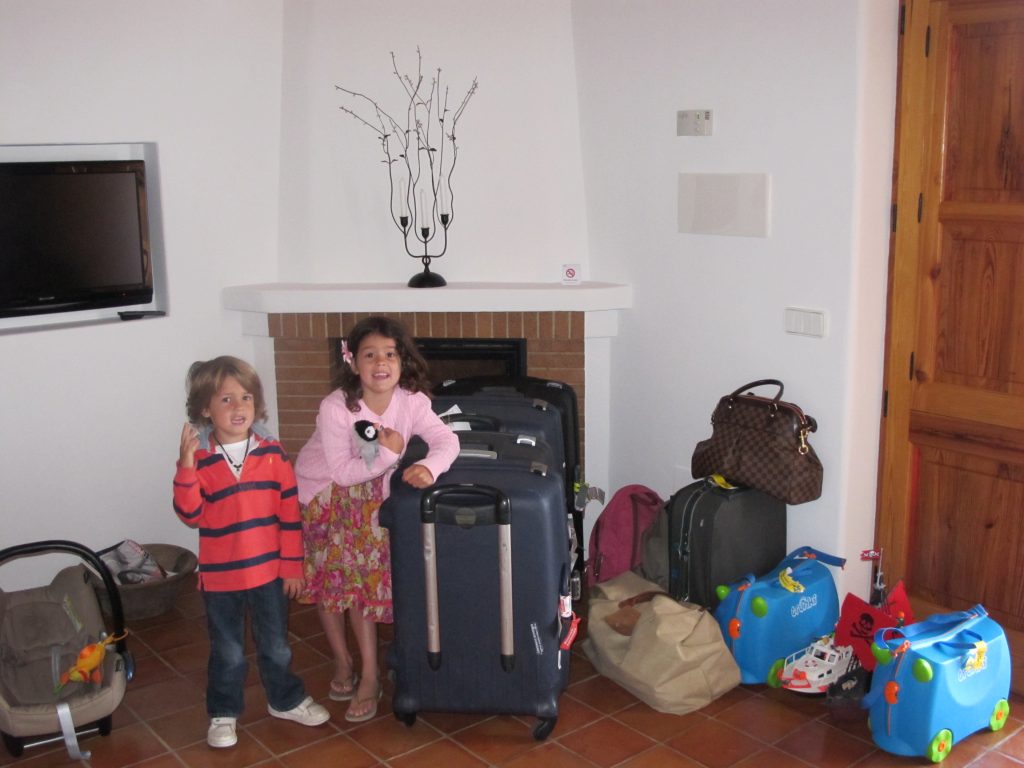 All our luggage ánd the Trunki's

I've had so many comments on this one. When our babies were young, they were just on the market. They only had a couple of colors, not the fancy tiger, unicorn or beetle ones they have right now, just basic colors were available. As we had 1 girl and 2 boys, we bought 3 of them and attached them to each other as a train, and like that we walked through many airports. The best thing about this is that they loved their Trunki's so much, that they'd take them along themselves as well, carrying all their toys, books and other kid stuff without me having to worry about it. Nowadays I see many young parents taking the Trunki suitcases with them, and I can only applaud it, it a good investments which saves you carrying a lot of extra stuff. Buy your kid's Trunki suitcase here. And please go wild and take the unicorn or the personalized one... I would do it if I had to buy one right now 😉.

Adults are not the only ones who don't like airline food. Kids don't like it either. I' ve tried ordering them a children's meal a couple of times, but even this really wasn't of their taste. So I gave up and always bring something to eat with me, no matter the duration of the flight. I just bring a little bit more if we're on a long haul flight. I take apples, crackers, chocolate, sandwiches and buy some extra bottles of water on the airport. Anything to keep them hydrated and satisfied during the flight.

When we started our world trip we bought every child a tablet. I was the best investment ever for traveling, the worst for any time outside traveling. When we're flying I don't really mind letting them on the iPad for the duration of the entire flight. They play games, watch movies, read books on the device and almost never get bored. I sit with them before traveling to download the games, books and movies they like to have, to make sure everything is there for them. 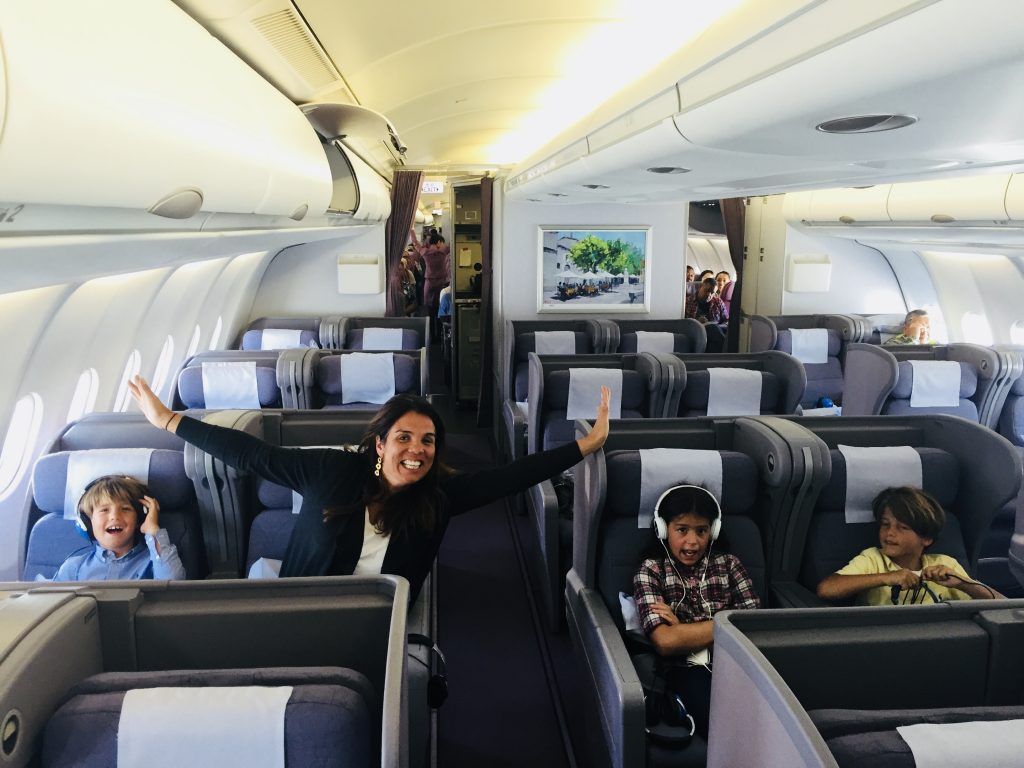